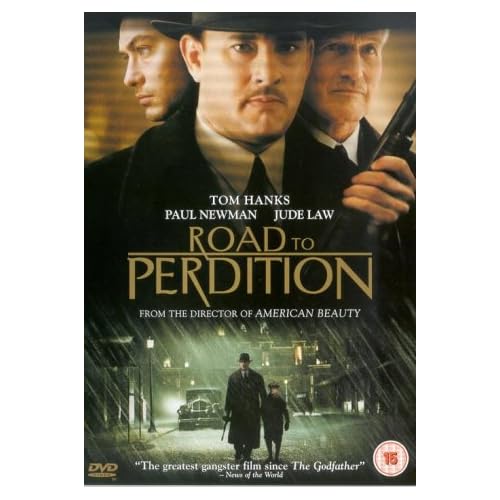 The Road To Perdition was on TV last night.  We discovered it while channel surfing.  We have it on DVD but watched it anyway.  Why?

It is probably one of the most visually beautiful pieces of cinema ever made.  Directed by Sam Mendes, who also directed American Beauty, and filmed by Conrad Hall, this is surely a masterpiece.

The story is simple, Tom Hanks, Paul Newman and Jude Law are fantastic, as are a pre-Bond Daniel Craig and Tyler Hoechlin who plays Hank’s 12 year old son.  Hanks is a hit-man, Newman the Boss and Craig his petulant and greedy son.  Hanks learns too much and his wife and son are murdered.  He and his boy go on the run and bid to settle the score.

This is no slick shoot ’em up.  This is a slow and deliberate movie that takes its time and makes the most of the stunning images combined with Thomas Newman’s amazing score.  If you haven’t seen this film rent it or buy it.

1 thought on “the road to predition”