It seems that the authorities think that photographers are terrorists now. The BBC has highlighted a growing number of people being stopped by police for nothing more than taking pictures of buildings or in stations.

The Met even have a poster campaign going. 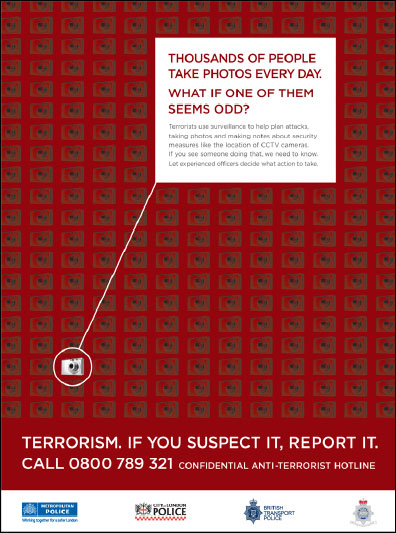 Seriously, if someone wants to take a photo of a building they will, and they are hardly likely to get their digital SLR out with a tripod.  Some of the best photos are taken ‘covertly’ on the street to capture people in a natural state rather than posing.  Is that going to be outlawed?

2 thoughts on “taking photos not a crime”